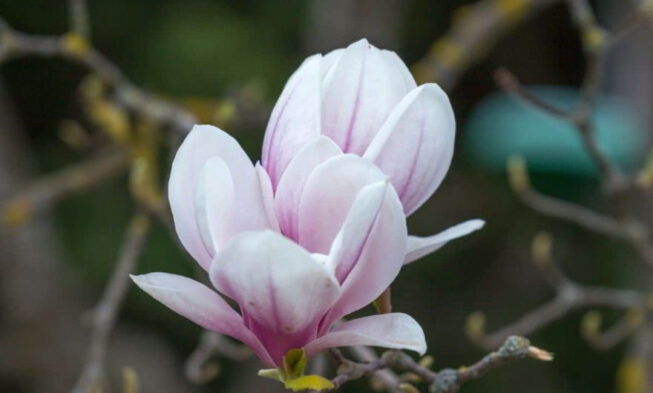 Natgeos, Magnolia Flower Meaning – Magnolias grow in the southern states of the US, and their blooms signal to people that spring has finally arrived. Magnolia plants are beautiful and have a special meaning behind them.

Many people enjoy magnolia flowers because of the beauty and scent. Magnolias are also medicinal, which is another appealing attribute for flower lovers.

Stay with us as we explore the meaning behind this beautifully fragrant flower, its origins and history too.

Throughout history, the magnolia flower has always had a particular meaning: it’s usually been about beauty and nobility.

The meaning of the flower also changed with time, but most have related to its splendid beauty or sweet smell.

One of the magnolia flower’s most common meanings is nobility.

The tradition originates in Ancient China, where a man with high social standing would give a magnolia as an honorable gift to another person in order to show respect.

In Japan, it symbolized noble spirits and respect for nature.

Magnolia flowers typically symbolize love, sympathy for the grief-stricken, and splendid beauty. This is why they’re often used in arrangements for weddings.

As a symbol of beauty–perhaps more than other flowers–they help to highlight the bride on her wedding day.

Magnolia flowers bloom in early spring and this is related to the start of a new life cycle. Bestowing a magnolia bouquet on someone going through a change can be perfect for them.

In 1900, the Mississippi government conducted a survey among public schools. They had the children select their state flower by asking them to pick one that symbolized their home state.

The majority of kids chose magnolia as it reflects their state- so since then it has been Mississippi’s official state flower.

Magnolia Flower Meaning in A Dream

Dreaming of magnolia blossom can reflect an individual’s ability to cope with difficult situations. It may also symbolize that one is optimistic about the future and looking forward to accomplishing something they planned for.

If you dream of magnolias, it may indicate your great inner strength.

Kinds of plants grow over time and this reflects the energy they can give to people, but if you are dreaming that a pond is filled with dried up magnolias, then it may reveal some sadness or confusion about the future.

There are many different magnolias but the most famous one is the white magnolia which grows to 12 inches with 6 to 12 petals. White Magnolia symbolizes beauty and nobility.

Magnolia acuminata, the yellow magnolia, is smaller than all other types of magnolias. When it starts to bloom for the first time, its a green color.

This will eventually turn into yellow after reaching maturity. The coloration can symbolize mystery or youth and vitality as well.

The Magnolia x Soulangeana, also known as a pink magnolia, is a cross between two different species.

Its leaves are elliptical in shape and covered with both white and pink colors that are more intense towards the bottom of the leaf. It is often associated with love because it resembles Cupid’s arrow from Greek mythology.

The Magnoliaceae family of plants has an even longer history; fossilized samples belonging to this family date back 95 million years

Pierre Magnol was a French botanist who discovered two thousand species of plants, many for the first time.

One of these discoveries is the M.Virginiana variety – a species from the Magnolia genus and group described by missionarie in North America in 1680 .

Magnolia trees are native to North America, but can be found elsewhere in the world. They grow in East Asia and East India as well as parts of Central and South America like Mexico.

The Magnolia grandiflora is the most famous of all magnolias, having been discovered in North America at the end of the 17th century.

The natural habitat for this type of magnolia is Southeast North America, from North Carolina to Texas and Florida.

They have a scent similar to raspberry when they are crushed between your fingers.

While magnolia is often used as an ornament in gardens, it also finds its way to the perfume industry, where its strong aroma has a significant impact on perfumes.

There are many perfumes which incorporate magnolia petals in their preparation. Some of the most popular brands include Ombre de Hyacinth by Tom Ford; Eau De Fleur de Magnolia by Kenzo and others.

And for medical uses, people use magnolia bark to treat heart disease in the 16th century, and it is also known to help strengthen the body and cure colic.

At the turn of the 19th century, doctors found that magnolias active principle can help to treat cases of epilepsy and neuroses.

Some believe that magnolia may help regulate weight by preventing overweight through its hormonal and anti-inflammatory properties.

The most famous magnolia species is Magnolia grandiflora. It’s known for its large flowers and leathery leaves that bloom in the late March season.

The Magnolia grandiflora starts its life as a small bud that grows from the tip of a branch. This often becomes the perfect meal for squirrels, who love its flavor. Later, the brown bud falls and gives way to 6-14 petals.

The petals of magnolia are made up cups that form a white heart in its center. As they grow, they will turn brown before being born again at the next season.

The Magnolia tree can grow up to 90 feet and its flowers are large, making it difficult not to notice. Its leaves also emit a citrus fragrance that is very fresh.

That is why magnolia is valued in the perfume industry. The height of the magnolia has symbolic ties to nobility and dignity.